Showing posts from May, 2022
Show all 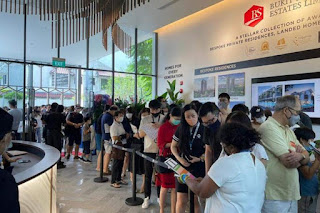 I will keep this short. I sold off all my Bukit Sembawang Estates (BSE) shares AGAIN . Anyone who has followed me knows that I have previously invested in BSE and earned a profit. I also refer to it as my " ex ." I recently re-entered BSE and wrote two articles about it ( Part 1 , Part 2 ) . My main thesis was that the BSE will pay a 33-cent dividend. That, however, did not occur. Only a 16-cent dividend was declared. It just seemed like an "ex" that you got back together with but then cheated on you again! As a result, because my theory no longer holds, I chose to sell all of my shares for a very small profit. Aside from the fact that the thesis is no longer valid, I also wanted to hold more cash at this time because the US market is in a slump. After all, cash is still king. Nevertheless, BSE financials continue to look fantastic, and their recent launch has been selling like hotcakes. Image Taken from Business Times. Potential buyers at the preview of Bukit Semb
2 comments
Read more

May 18, 2022
Where should I start? Prior to March 20, I primarily invested in SG firms. My portfolio suffered a 40 percent decrease as a result of the covid-19 pandemic. I've been concentrating on the US market since May/June 20. As of March 21, my portfolio had broken even and had returned around 15%. But then "Bill Hwang" shows up, and my portfolio suffered a gunshot wound that can be recovered in a short period of time. However, I later became a Tencent and Baba shareholder. After that, we know what happened. My portfolio is currently severely in the red, with losses perhaps approaching 50%. Worse than the March 2020 decline. In this portfolio update, I'd like to reflect on the reasons for my portfolio's significant drop. After all, the most crucial aspect of being an investor is to evaluate and comprehend what may have been done better. 1. Lack of Focus on Financials It still makes sense based on the qualitative way I examined companies – by understanding their business, c
7 comments
Read more 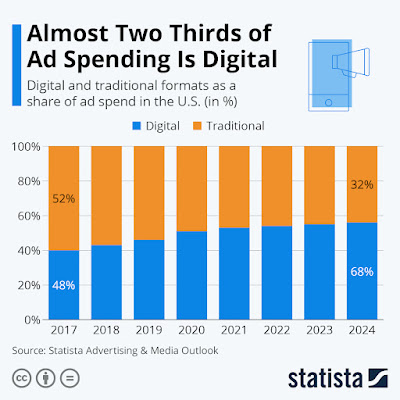 As you may be aware, I had been contributing to Seeking Alpha . I just submitted another Digital Turbine (APPS) article to Seeking Alpha, less than two months after my first, and it was denied because a quarterly update was preferred or if there were major changes. As a result, because I had already written about it, I chose to put it here instead. I was writing about investing in APPS amid a period of inflation. It wasn't a forced narrative; rather, I did my homework and understood why Digital Turbine might thrive during this inflationary moment. As a result, I hope this article can help you strengthen your resolve during this trying time. Investment Thesis In my previous article , I had already explain that Digital Turbine (APPS) is a capital allocation machine that has a moat on an exponential growth path with numerous catalysts ahead. However, in this article, I will look at Digital Turbine as a extremely favorable investment during times of inflation. This may sound absurd, bu
2 comments
Read more
More posts