May 28, 2016
Recently I got to know TTTI. He is a value investor like me. We exchanged blog links and decided to guest post on each other's blog.
I am really glad that someone actually asked me to do a guest post. Anyway I understand that he invest in US listed companies too. After traveling back from USA (which I was supposed to do a post on it...please wait for it), I am also tempted to invest in US listed firms. So I asked him to do a guest post of the differences between investing in SGX listed vs US listed companies...
This post has been reproduced with the permission of TTTI. His blog can be found at The Thumbtack Investor. I've been asked to write about this topic, and whilst I think there isn't much difference in terms of quantitatively analyzing the companies, there are certainly differences that one must consider when trying to invest in US listed companies.
Of course, the differences are also very much dependent on the specific type of company itself. The points below refer to the overall market and of course, involve a lot of generalizations. Here goes: 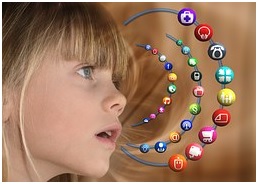 Complexity - US listed companies tend to have much more complex financials to consider. It is a norm for US listed companies to have debt on their balance sheets, with many different levels of seniority of debt with different maturities.
There is also a much higher level of complex corporate actions such as using equity for mergers and acquisitions (M&A), equity for debt swaps, preferred shares, mezzanine debt and debt with various covenants attached.
It's best to illustrate this with a real life example:
Chesapeake Energy (CHK) (which I am vested in), successfully conducted a debt swap with a senior lien new debt early this year. In other words, they managed to convince existing debt holders to swap the debt that they hold for new higher lien (higher priority) debt, at less than the full value of the debt.
What this means is that if you were one of the original holders of the debt, for every $1 that you paid, CHK offered to redeem the debt from you at say $0.70, and even then its not in cash but in terms of new debt that is more senior than the existing debt, and has longer maturities (aka higher risk to the bond holder)
Why would the debt holder accept this lousy deal?
Because the alternative is possible bankruptcy for CHK and the debt holder would then probably get back close to nothing. By successfully executing this swap, CHK effectively cut off 30% of their debt (for the debt that was converted), without coughing up with a single cent.
To convince debt holders to tender their debt for this conversion though, ironically, it was in the interests of the company that it was perceived to be going bankrupt.
Afterall, if you are a bond holder, and if you think CHK would be able to fully pay back the bond at maturity, you wouldn't want to accept such a swap and get a haircut right?
I can't think of any instances where such a thing happened for SGX listed companies.
The complexity and the wide variety of deals involved, means it's a haven for intelligent and crafty financiers who can grasp and take advantage of complicated deals. If one is not as well versed, or inexperienced, it's better to steer clear of situations that involve such complicated deals.
I would imagine that someone like Carl Icahn would have a very tough time if he could only invest in SGX listed companies. He'd probably be bored to death.
Another obvious example is non-GAAP reporting. US listed companies are allowed to report non-GAAP results if they feel it reflects their business more accurately. This obviously adds on a layer of confusion for the fundamental analyst, who has to find out what are the items added in or not added into the non-GAAP results to make it non-GAAP.
SGX companies do not report non-GAAP results. In contrast, the companies' financial statements are relatively easy to understand, and the reporting structure is IMO clean, and standardized. 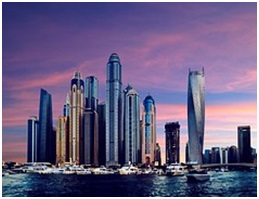 Types of Companies - There is a much wider variety of companies with different businesses listed in US stock exchanges, compared to SGX listed companies. For example, a Singapore-based company, 8I Holdings Limited, is listed on the Australian exchange. The founder candidly said during an interview that they had trouble getting approval to get listed on SGX as the authorities didn't accept purely investment holding companies. Well, 8I actually does educational courses in investing too but nevertheless, they apparently had trouble getting listed locally.
My personal experience is that SGX generally has only a few varieties of companies compared to most other foreign exchanges, not just the US listed ones. 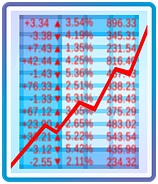 Volatility of share prices - IMO,US listed equities generally show greater swings in share prices compared to SGX ones. This makes sense as the pool of participants in US listed companies is much larger than SGX listed companies.
Correspondingly, the optimism and pessimism cycles are greater. Volatility is hence much larger.
This point is important to understand, especially so for technical analysts. Even fundamental analysts must be aware that things that look cheap, can get much cheaper or stay cheap for a prolonged period of time compared to a SGX listed company.
Taxes - This is probably one of my pet peeves about US listed equities. Taxes, taxes, taxes.
The US government practices double taxation (sometimes triple!). Meaning that the company pays corporate taxes on its earnings, and on top of that, any distributions (dividends) are taxed again at the shareholder level.
Capital gains are taxed as well. For foreigners, the taxes due are usually withheld by the brokerage firm that you use, so the taxes are deducted from your dividends or profits.
In contrast, Singapore has no capital gains tax, and does not practice double taxation. 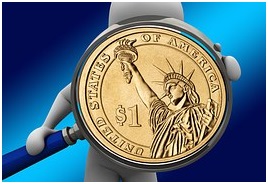 Brokerage and other Transaction Fees - In addition to brokerage fees, some brokerages levy additional monthly charges on foreign holdings. This varies between the various brokerages so it's better to check with one's broker regarding the monthly fees, if any. There are also usually additional fees levied on dividends and share distributions for US listed holdings.
On a related note, its better to utilise one of the international brokers when investing in foreign shares. The brokerage charges are way lower than the local ones like OCBC, UOB or Phillips. For eg. Using a prepaid cash management account for POEMS, each US exchange transaction costs a flat US $20. In contrast, using Interactive Brokers, the commission charges are usually way lower. It can  even be as low as US $1.
The fees these international brokers charges even for SGX listed companies, are way lower than our local brokerages. However, Singaporeans are not allowed to buy SGX listed companies using these international brokerages, only non-Singaporeans are.
Why? I have no idea. My guess is the foreign brokerages are not MAS approved, so the shares that you bought would be held in a custodian account and there's counterparty risk. In other words, if the brokerages collapses, there's no recourse to get back what you own.
Although all these brokerages are huge, have international operations, and are obviously well funded, in this day and age, it's hard to say something will never collapse aka do a Bear Sterns.
Shareholder Activism & Engagement with Management - This is kinda obvious. There is hardly any shareholder activism in the local SGX listed companies. There's only 1 AGM mandated for SGX listed companies. In US exchanges, the companies usually have quarterly conference calls together with the quarterly results release. During these conference calls, analysts can put forth questions and management has to answer them.
In my experience, the involvement of shareholders is much greater in US listed companies compared to SGX. In terms of shareholder engagement, I'd have to say of all the SGX listed companies I've owned or analysed, Boustead Singapore takes the cake. They have annual conference calls and regular email updates.
Like I said, Carl Icahn would've a tough time if he could only invest in SGX listed equities.
Yields - US listed companies generally have lower yields compared to SGX listed companies. More US listed companies distribute dividends on a quarterly basis, compared to SGX listed companies. 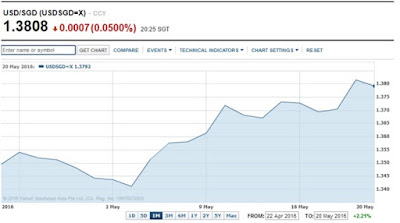 Forex risks - The recent volatility in the USD-SGD brings to the forefront the importance of forex. Forex plays a substantial role in determining your overall returns when investing in foreign markets. In the past 1 month or so, the exchange rate has done this:
This means even if the share price of your US listed holdings have not changed, you'd have enjoyed a nice 2.21% gain in 1 month. If the share price increased, you'd have enjoyed a much bigger boost due to the compounding of this 2.21% gain on both your initial capital, as well as the capital increase.
Conclusion
These are some of the differences between investing in SGX listed vs US listed companies. These are derived from my personal experiences and my opinions.


Regarding portfolio construction, I don't think it's necessary to own US listed companies simply for the sake of diversification. The true intrinsic value of the company vs the price at which it can be attained at, regardless of the exchange it is listed on, should be the key consideration. However, if one ascertains value and would like to make an investment in a US listed company, then it would only be wise to be aware of these differences before committing to the investment.
Random Thoughts US Listed Firms