June 03, 2017
Over the last 2 days, the market seem to have become "happier". But at the back of my mind, I am always having a cautious view - "Expect the Unexpected".

Do note that "Comeback Kid" is a nickname that I give to a counter that I had divested completely, and re-purchased at a later date.

The previous "Comeback Kid" was Singhaiyi Group Ltd, which I had written in the previous post.

For this post, the "Comeback Kid" is TTJ Holding Ltd (aka TTJ).

I really regretted selling this counter.

My actions were largely influenced by the "noises" after TTJ announced its 2016 full year results.

At that time, TTJ order book reduced significantly to about $50+ million and there was not much direction indicated about the company's future direction in the quarterly reports.

Furthermore, as the CEO holds about 85% of the shares of this counter, there were "noises" that the CEO will most probably "low-ball" the minority shareholders - by producing poor results in 2017 that resulted the share price to fall significantly and then delist TTJ at a very low share price.

Therefore, I decided to divest all of this counter at 37.5 cents on 17 January.

However, TTJ was still able to achieve 13 points (almost full marks!) for the Super Scorecard with its 2016 full year results.

Over the next few months, I kept wondering if I made the right choice as TTJ share price continued to range between 37 cents to 39 cents.

It was after a long deliberation that I decided to repurchased TTJ at 37 cents on 28 April.

It was basically due to this 2 reasons:

1. Continued to score 13 points for the Super Scorecard

TTJ was able to maintain 13 points in the Super Scorecard, even after the announcement of its 2017 1st Quarter and 2nd Quarter results. 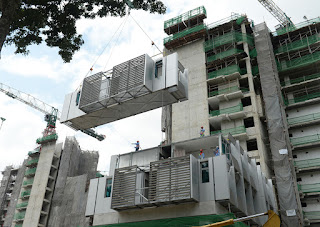 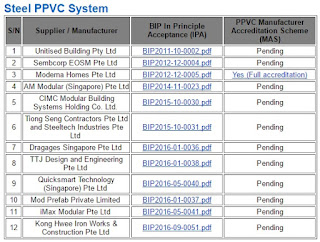 While I was doing my research during the write up of the construction sector, I realised that TTJ has initiated to get accredited as a PPVC manufacturer (as per BCA website). This gave me a clearer picture of the company's future direction.

Soon after my re-purchase of its shares, TTJ announced that it had purchased some land, property and equipment in Johor for its future projects.

Furthermore, on 22 May, TTJ also announced on that its order book had increased to $166 millions.

With these positive news, its share price climbed steadily to the current height of 45 cents!

The conclusion of this lesson is that I have to believe in my own Super Scorecard and ignore all other "noises".

For those who is interested in The Super Scorecard, do read up on the Launch of T.U.B Circle. This is a 3 months subscription at a very low price of $20 which will give you access to my database of over 40 Super Scorecard of various counters AND YOU WILL ALSO RECEIVE A SUPER SCORECARD TEMPLATE AND ITS HANDBOOK! If you are interested to sign up, feel free to contact me.