For this series' 2nd post, I wanted to write about a different company. However, I was inspired to write about FUBO instead. After all, it is one of the companies on my old 10X Potential Series. 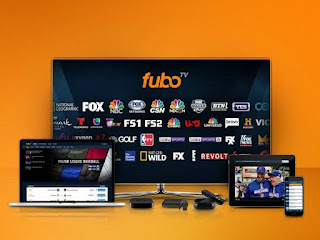 Since FUBO announced its recent decision to shut down its gaming division, I honestly considered selling my entire position. After all, one of the reasons I initially invested in FUBO and continue to hold onto it, was the sports betting segment.

Furthermore, I was reviewing another streaming giant. Financially, it was a much better company in terms of valuation. There are also many short term catalysts - (1) Recent Walmart+ membership partnership, (2) success of Top Gun Maverick, along with (3) their launch in Italy. Lets' not forget Buffet also took up a $3bn stake in the company.

However, after watching these interviews (1, 2 and 3), and just 1 podcast from FUBO CEO, I was so convinced to hold on to FUBO and may consider purchasing more.

Through the podcast, there are so many more long Term Tailwinds for FUBO, and at last, understanding their purchase of Edisn.ai.

FUBO has shown their flexibility in pivoting early when required - such as closing down their sports betting. That will allow them to have a slower cash burn rate. Through the podcast, it also seem FUBO is using their data to understand customers and is interested to sell them products. This seems to be a future direction - ecommerce and targeted advertising - a huge tailwind.

Basically, FUBO has reached a point where they are negotiating renewals to lower these cost which will eventually drive up the Gross Margin. Hopefully achieving a positive Gross Margin soon.

In Q1 2022, CFO said, "...in the 3 months I've been here, we probably had about 5 or so renewals and I'd say that we've been very pleased with all 5 of those. Now, as you know, it takes time for those to kind of flow through given we have 3-year contract for the most part. And so I would say, on top of that, as we move through, let's say the next 6 to 12 months and beyond, you will also start to see those content cost start to improve as we become more relevant right, when those deals were done a couple of years ago, we were a fraction of the size we are today. And so as we've now call it kicked in above 1 million subs going to 1 million 4 plus over the back half of the year. I think those negotiations also favour us."

In Q2 2022, CFO said, "...Look, the team continues to push hard on that and we continue to look at more efficient marketing channels. I don't want to get specific for obvious reasons, but I would say that people are really good about the range we've talked to in terms of, call it, 1x to 1.5x monthly ARPU..."

Cash Burn Rate - This is the main risk as it relates to the viability of the business model, and whether they will continue to dilute shareholders in the future. But CFO has previously stated in their investor day that they will not be having any secondary offering in 2023 and this pivot is a positive sign towards achieving a lower cash burn rate eventually.

I personally believe there is value in Fubo Gaming Segment. Their licenses should have value. Their sportsbook tech should also have value. We just have to wait for the earnings call.

In addition, through their actions, I believe FUBO is working very hard to reduce their subscriber related cost and focusing on margins! After all, FUBO is working towards being cashflow positive as of 2025.

Finally, lets not forget FUBO is shorted very heavily now. In the near term, there could also be a short-squeezed.

If you had read till here and I have value-added to your investment journey, please support by clicking into the Google Ads if it interest you!

Stay tuned for the next write up!