Exciting News Ahead For This Counter! 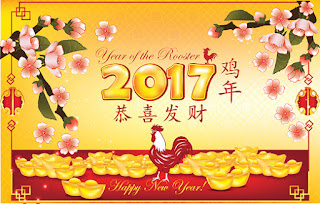 Hope everyone have a great year ahead! For many investors and traders, Chinese New Year came early asthe Singapore Stock Market is in a buoyant mood and a lot of people are making gains.

For me, I was lucky to get enough rights excess of the Sabana REIT to have an average price of $0.320. I have since sold all my Sabana REIT shares.

In view of the above positive, we should also take note of the risks involved.

The parent company has then grant Singhaiyi Group the first right of refusal to be transferred the former's stake in OKH Global to Singhaiyi Group at $0.10 per share. This will be a total sum of $50 Million.
So what could happen?

3. This is most probably happening regardless of what everyone else thinks.

But I am not very worried...

2. OKH Global is more involved in developing logistic and industrial properties, while Singhaiyi Group is much more involved in residential and commercial property development. Thus, there will be synergy but no competition among the 2 companies.

3. Base on OKH Global latest financials, the Net Asset Value is about $0.13 to $0.14 per share. That will be less than what Singhaiyi Group will pay for per share.

4. I believe the management will announced good results for OKH Global and share prices will increase prior to the transfer of the shares.

Now I understand why there was a sharp increase in share price after 23 Jan 2017. It was most probably due to the sale of the TripleOne Somerset.

Nevertheless, even with the possible negative impact of the transfer of OKH Global shares, I am still very positive on the prospects of Singhaiyi Group Ltd for the next 6 months. I will definitely stay vested for the time being unless better opportunities arises.

Do note the author is vested in this counter/company.