Electric Vehicle (EV) is the talk of the town.

I am sure most of us have some form of EV related companies in their portfolio. I do have more than a couple of EV companies in my portfolio – the last discussed CRNC is one.

*Do note that I am still holding onto CRNC and APPs despite the last market correction.

Today I will be discussing another EV company today – It is a China EV company that promoting a very unique proposition – Battery As A Service. My average share price as of today is $32+.

It is a controversial pick – especially by one who emphasize on Fundamentals. But I believe my explanation below will allow you to understand why I choose this company as an investment.

Part 1 – What the Company Does?

Taken from one of its press release, “NIO Inc. is a pioneer in China’s premium smart electric vehicle market. Founded in November 2014, NIO’s mission is to shape a joyful lifestyle. NIO aims to build a community starting with smart electric vehicles to share joy and grow together with users. NIO designs, jointly manufactures, and sells smart premium electric vehicles, driving innovations in next-generation technologies in connectivity, autonomous driving, and artificial intelligence. Redefining the user experience, NIO provides users with comprehensive and convenient power solutions, the Battery as a Service (BaaS), NIO Pilot and NIO Autonomous Driving (NAD), Autonomous Driving as a Service (ADaaS) and other user-centric services. NIO began deliveries of the ES8, a 7-seater flagship premium electric SUV, in China in June 2018, and its variant, the 6-seater ES8, in March 2019. NIO officially launched the ES6, a 5-seater high-performance premium electric SUV, in December 2018 and began deliveries of the ES6 in June 2019. NIO officially launched the EC6, a 5-seater premium electric coupe SUV, in December 2019 and began deliveries of the EC6 in September 2020. On January 9, 2021, NIO ET7, the smart electric flagship sedan and NIO’s first autonomous driving model, was officially launched.”

Basically, the company is Nio Inc. In my words, it is an EV manufacturer that (1) really has a focus around the customer and (2) has a unique battery solution (as compared to all its competitors, other than 1 other company) via swapping of batteries through their swap stations.

Part 2: The Segment of Fundamental Scorecard That Caught My Eyes

Fundamental Scorecard is a visualization tool that simplify all quantitative information into graphs while calculating the intrinsic value using timeless theories, and providing conclusions about the company for the reader to have an easier time to make decision. 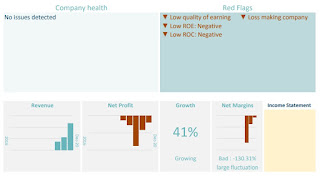 What caught my eye is the increasing revenue, the reduction in losses, no issue in its balance sheet and the HUGE Growth. This made me look forward to the understanding about the company's story.

Part 3: My Qualitative Research with USCCR

Similar to Fundamental Scorecard, USCCR is my own simple way of doing Qualitative Research. Qualitative research is important because it Builds Conviction of a company you are intending to buy or is holding, even if the whole world is against you. It will Reduces the chances for you to make Rash Decisions that you may regret later. 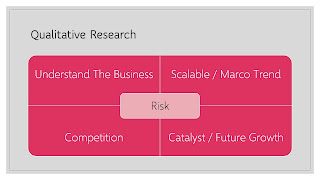 1. Nio is solely selling its vehicles in China. But that is possible to change in 2021, as stated in their latest transcript, there are announcement that they are intending to move into Norway. US is also not rule out, but probably in the longer term.

2. China has a change in its EV subsidies policy. It is reducing its subsidies for EV but there is an exception – As per article, “However, China’s subsidies typically apply only to vehicles priced under RMB300,000 with a notable exception granted to vehicles built with battery swapping tech—a process that allows consumers to easily replace the car’s battery once it runs dead or needs an upgrade.”

Nio has a battery swapping service for its vehicles.

3. Nio is not the only EV manufacturer having a battery swapping service. But it is one of the Top 2 entities having this service in China.
4. As per article, “SAIC Motor PV and Aulton, a Shanghai-based EV transport solution provider, signed a memorandum of understanding on March 11 to carry out strategic collaboration on operation of battery swapping services.” Aulton is a Nio-backed company.
5. Based on article, there are rumor that there is a potential partnership between Sinopec and Nio on placing their swapping stations on the petrol stations. Nio has an issue with expanding the number of battery swapping stations in China as it is stated that there is a need to purchase the land. With the partnership with Sinopec, they can safely place their battery swapping stations at the petrol stations. In the meanwhile, Sinopec has 30,000 petrol stations in China.
Conclusion
Nio Inc. many positives going for them in 2021 if everything is EXECUTED properly. I have yet to mention that there is a possibility of a new factory to expand production soon, or ET7 to be launched by Q1 2022 and it will come with Autonomous driving, or the possibility of mass market model under another brand.
In my opinion, Nio is currently like Tesla, when it was at the initial stages - a company that seem to have a lack of fundamental with crazy ratios that is solely driven by the story.
But this story currently is heavily supported by Nio’s Big Brother – the China Government. China is a directive driven economy and companies that move along with the policies will win the day.
The other side of the coin is also true. The main risk is that this support from the Government can be taken away almost immediately with a change in policies.
Nevertheless, China has stated that it intends to sell only 'new-energy' vehicles by 2035. As per Wikipedia, despite being the country with the highest amount of sale of EV, it has the lowest plug-in electric car ownership per capita.
Thus, a rising tide lift all boats – the eventual huge EV demand now and in the future, will cause Nio fundamentals to improve significantly over time and the share price should follows.
I will be having a webinar with Lyn on 27 March 2021 (2 to 4) discussing further on different EV manufacturers through the use of FA + Story + TA – Read about it more NOW!
BEV Electric Vehicle Nio