I Managed To Close All My Positions Using Deep Value Strategy

November 23, 2016
If you have read about my previous post about changing plans, I have finally did it.
I had CLOSED all my positions in my portfolio that was involved in the deep value strategy.
I have always emphasize that this is a high risk, high return strategy. However, during such bad times, I came to a realisation that eventually all the stocks in SGX will be in deep value. In that situation, will you rather buy a deep value penny stock or a deep value blue chip? 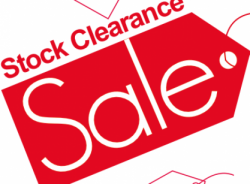 After all, once STI reach lower grounds, blue chip will soon become "blue cheap*".
*Just to digress a bit, some of the reasons I read that explain why Blue Chips becoming Blue Cheap are that:

Anyway, back to the topic, I did have some good capital gains from this deep value strategy before. But as time goes by, losses increased as well.
Eventually, my position in this part of my portfolio was about negative 10%.
One of the main contributor (to the losses) was USP Group Ltd. I recognized it was a gamble. However, I was pleased that I calculated the Net Asset Value correctly prior to them releasing their consolidated financials (after the acquisitions of Koon Cheng Development Pte Ltd and Supratechnic Pte Ltd). This meant that I had the first mover advantage. My expectation was that the price will SHOOT UP when the company announced the consolidated financial statements.
But I have forget to expect the unexpected. Even after announcing of the financial statements and turnaround from losses to profit, the stock continue to be on a downtrend.
Along the few months that I was holding on to this stock, many people actually advised me to give up. But I held on. Nevertheless, I gave up after their most recent release of their quarterly financials.
It stated, "For the FYE March 2016, the Group made an impairment of S$1.5 mil and reclassified the remaining investment as available for sale quoted equity securities amounting to S$3.655 million. Unfortunately the discussions have not progressed and in October, the major shareholder attempted to trigger a voluntarily winding up of SGSS. The Group is seeking legal advice and have secured access to SGSS accounts to evaluate its options. In the meanwhile, the Directors are of the opinion that the remaining investment will have to be impaired in the next reporting period, Q3 2017. This may significantly impact the results for Q3 2017."

This is not their first impairment. This is not their first "seeking of legal advice". Their small profit obtained will may end up as a loss in the 3rd Quarter. Furthermore, the company's  response to SGX queries was like "you might as well don't answer".
So I said bye bye to USP Group Ltd and was hit by a 60% loss.

uSMART, the platform that lets you invest smarter!